I use my PC for… well pretty much everything. Which means if I go somewhere for a few weeks at a time, my PC is coming with me. For a while I used a Corsair 300r, which has served me well until now. After looking around for a travel friendly ATX case I realized that there really aren’t any. For that reason I would have to find a case that my parts physically fit into, and cram them in somehow.

To start the case I bought was a Cooler MasterN200. The main parts I had to worry about were as folow in the table:

After opening the case I saw a few things that had to go. 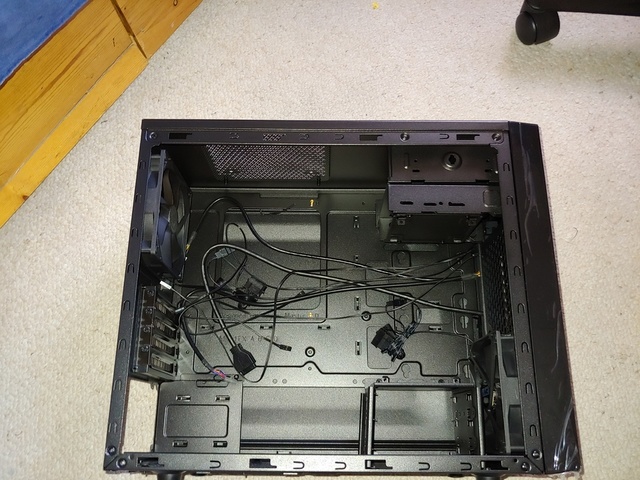 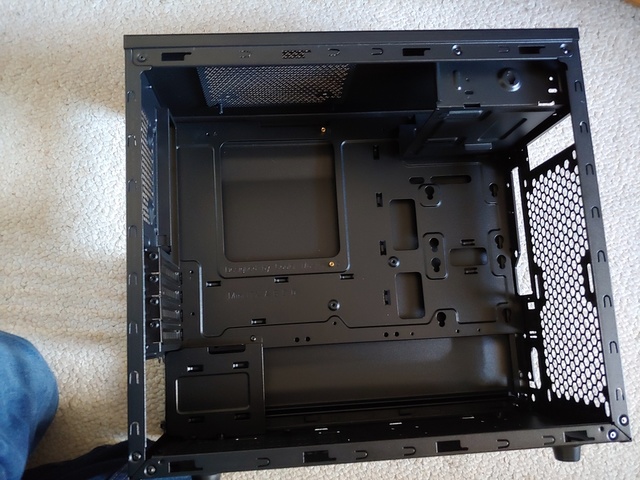 I also took off the front IO panel since I have some plans to make this more flush later on, thus saving space to fit into a carry on bag.

I have no idea what this thing is but it had to go since it wouldn’t let my motherboard fit into the case. Luckily there was only a few rivets holding it in to a quick chiseling and they were gone with the rack too. 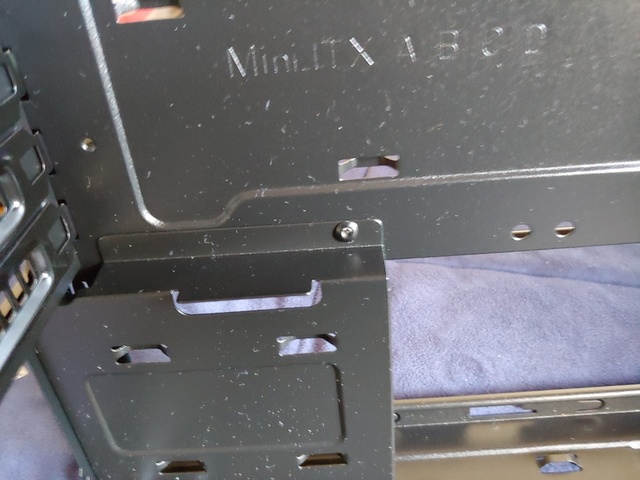 First I checked how the motherboard would fit into the case on its own; I was afraid of possibly adjusted the rear I/O sheild hole. 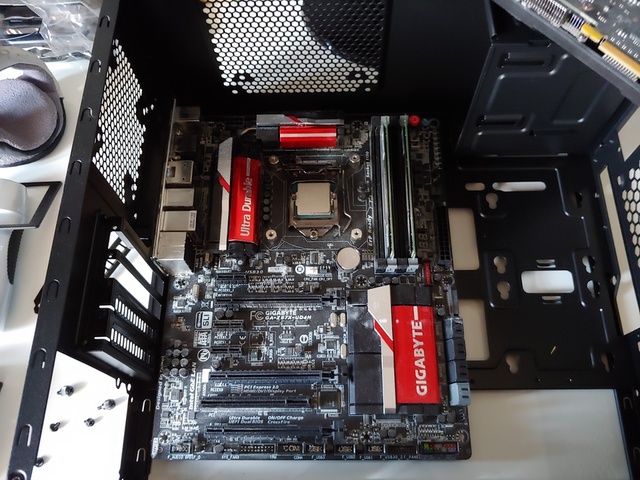 Next I fiddled with the psu since fitting it into the case was going to be really akward. It ended up being as weird as I though but ultimately it works and seems to be stable so what you see in the picture is the setup I went with. 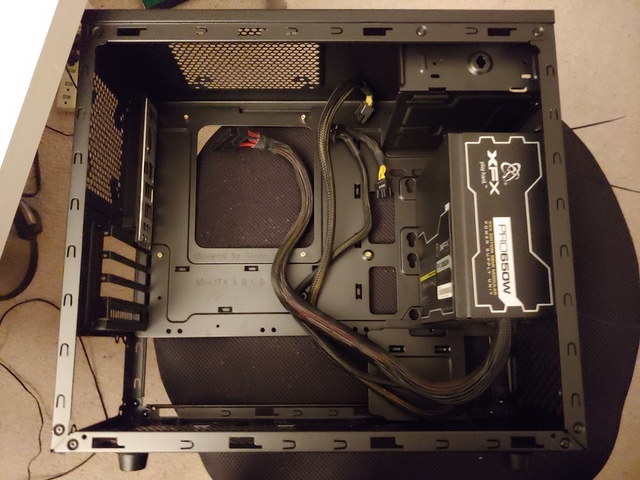 I completely forgot about the hard drives until the end, but it worked out in a totally not ghetto way. The 3.5 inc drive is the only one that I really need to worry about for mounting honestly because of two reaons: 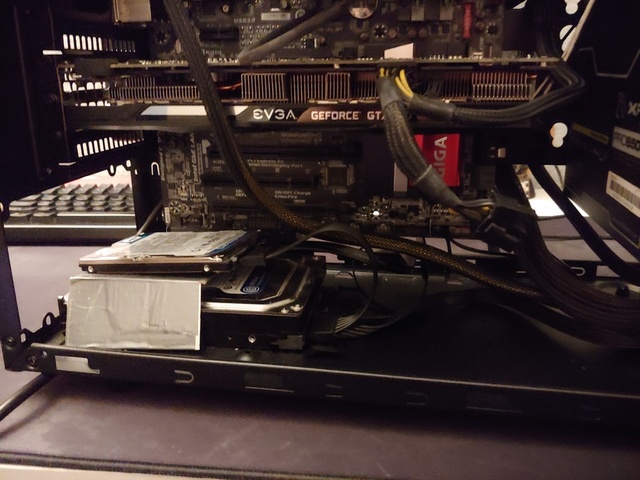 Hard drives have a little shroud which I made out of some heavy duty duck tape and cardboard. Kinda sketchy but not really since it holds things in a clean position and doesnt rattle at all.

There’s one more ssd that you don’t see but its tucked way up in the cd drive bay up top as I dont actually use that bay at all.

All in all I like how everything turned out as this pc is now ready to be taken anywhere in the US as carry-on luggage!