I’m aware of how these two have nothing to do with each other but here’s my ramblings on how this went and what I learned making them anyway.

Heads up this is a very mild flavored soda and thus I recommend using using the syrup more as a dye since basically anything/everything will overpower its flavor.

Some recipes don’t call for the skin however including does give a more tropical/wild taste that I personally really liked. Being that the fruit has a very mild taste I would suggest keeping it in to give more of a chance to be felt in drinks afterwards otherwise its basically just a dye.

Will look something like this while boiling, however I would also mix and smash this a bit with a spoon while boiling: 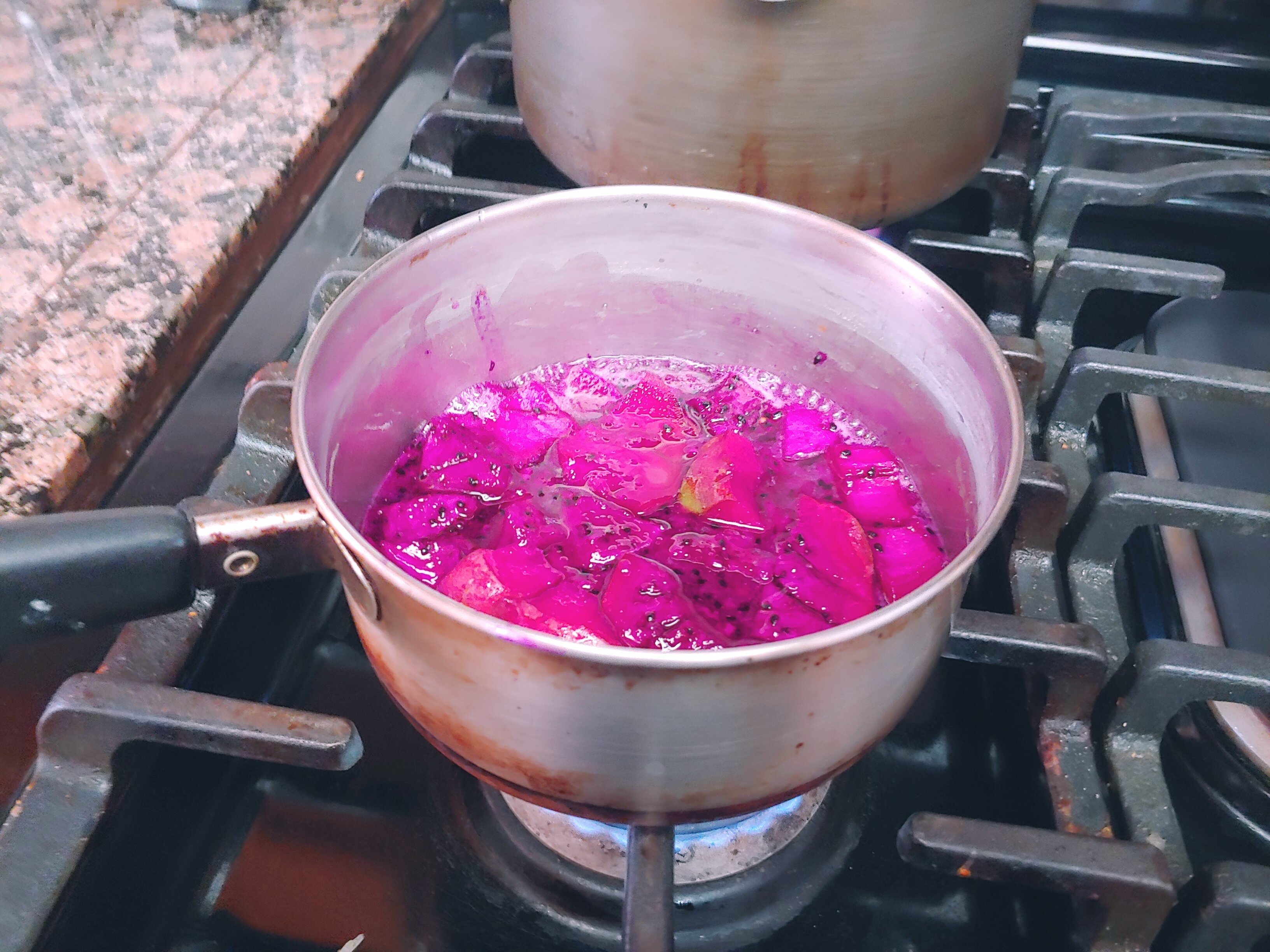 I should note that I was basically guessing on time here however the finished syrup was decently fragrant anyway.

Making the soda - (The easy part)

Mix in the newly made syrup, ice and club soda and you’re done. I’ve added some Dragon fruit chunks to the mix for pizzazz however they ended up helping the flavor a ton in my opinion.

Basically the flavor is extremely mild however the texture of the fruit itself is similar to a kiwi. Even after loading the glass with more syrup there still isn’t much flavor and the bite of it all really overwhelms it. While I’m not surprised I should mention that this would work really well as a dye since the color it gives off is a really pretty pinkish/purple (which also stains just about everything it touches). 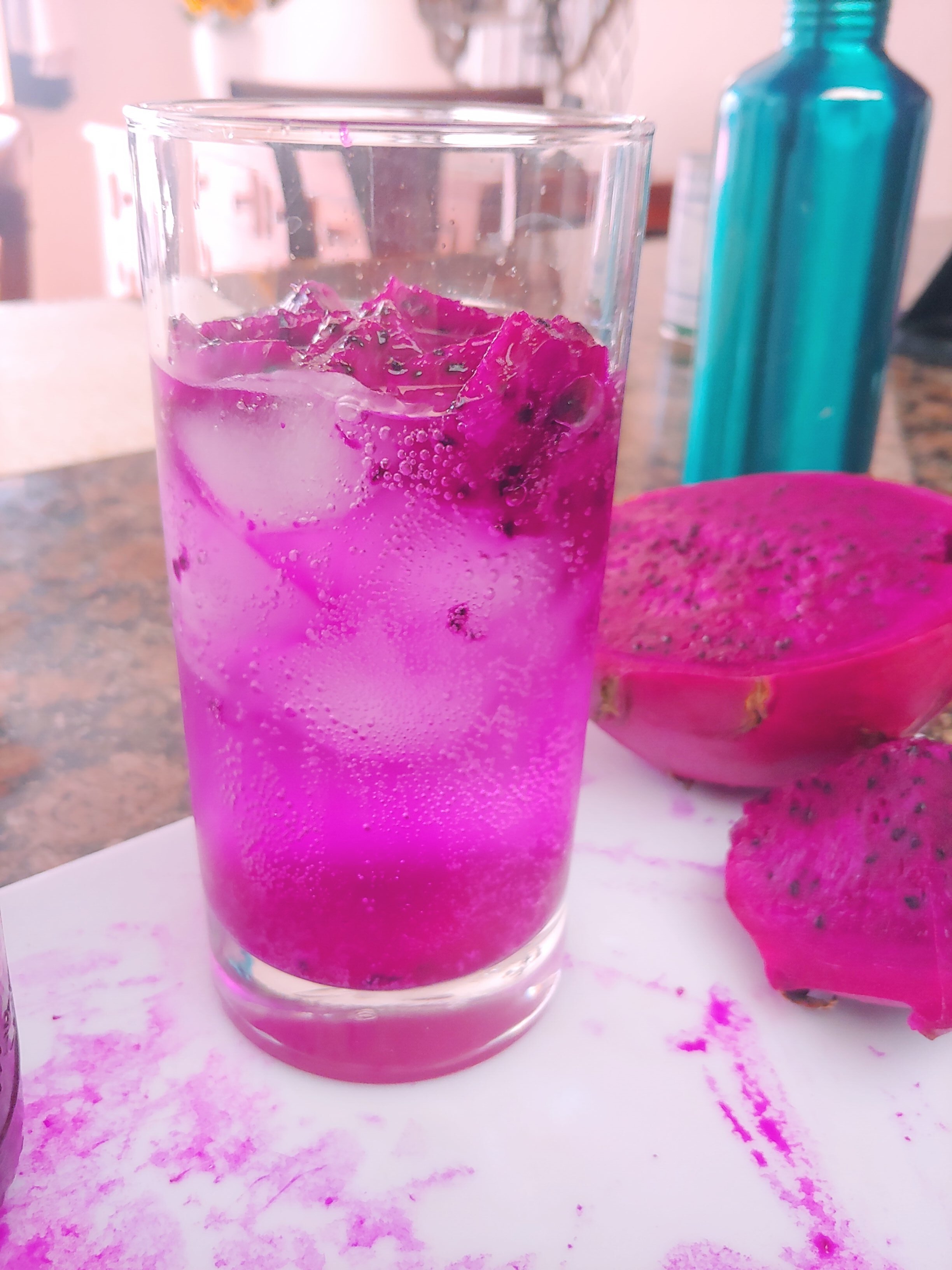 meh/10 but at least it was refreshing.

Any kind of milk should be fine. Personally, I used a 2% lactose-free milk.

This one depends on how big the glass is + taste.

The pouring on the sides actually help with the mixing later(source: dude trust me). 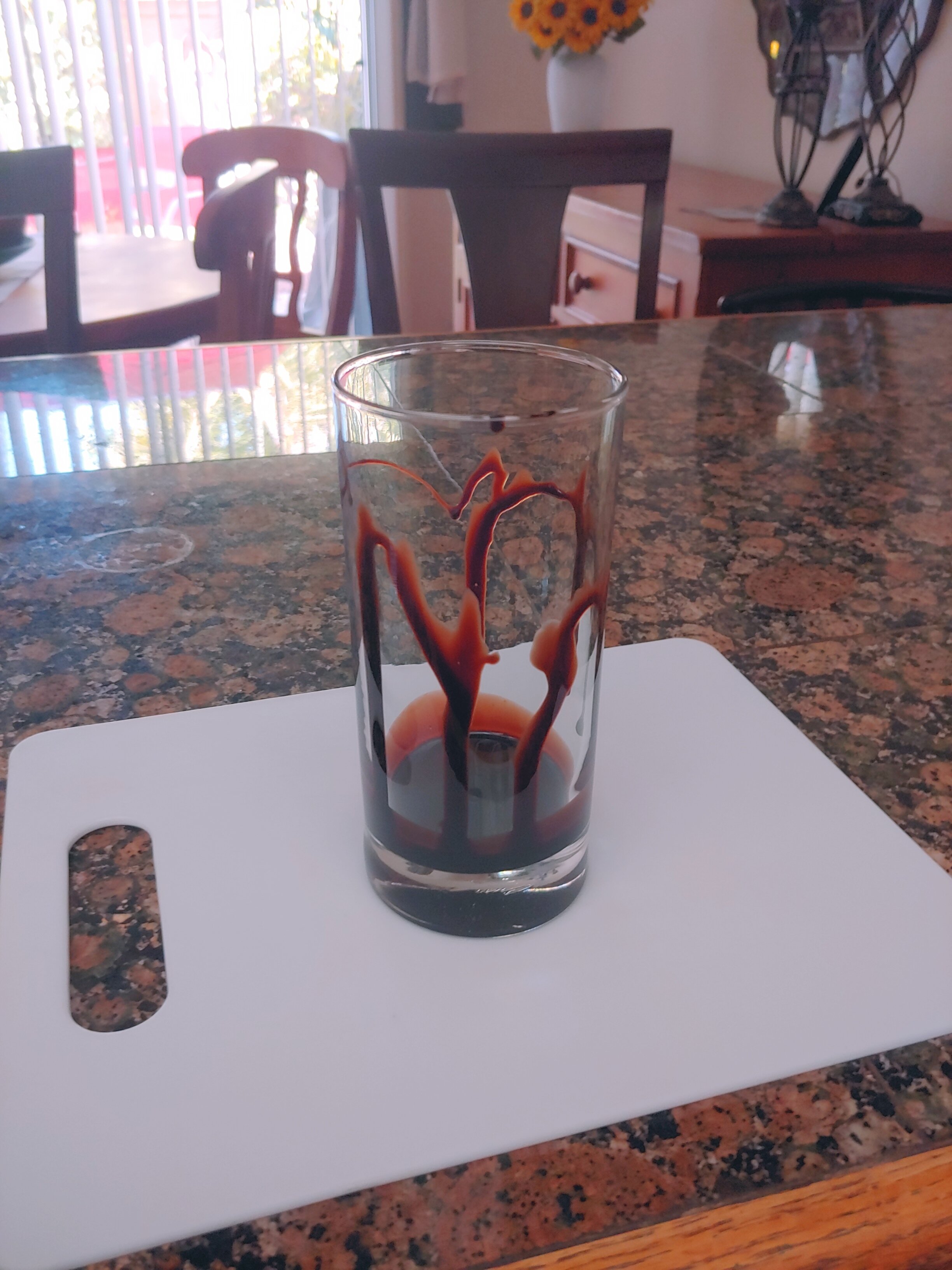 My suggestion for mixing is to combine a swirly motion and a stabby motion. More like a tilted swirly motion. The mixing should be fast and not at all gentle. The idea here is that we want bubbles to make a nice foamy head to sip through. Remember: the foamier the better since we want a really tall head of foam on this drink as its going to dissipate really quick.

The taste of course is like chocolate milk but its really the texture of this drink that makes it so special and unique. The head also really adds the experience so I suggest not drinking with a straw to get the ⓕⓤⓛⓛ ⓔⓧⓟⓔⓡⓘⓔⓝⓒⓔ.

This isn’t a drink you nurse since the head dissipates so quickly. I haven’t tried it but maybe with some ice cream the head would last longer so try messing with the original recipe to get that head to stick around. 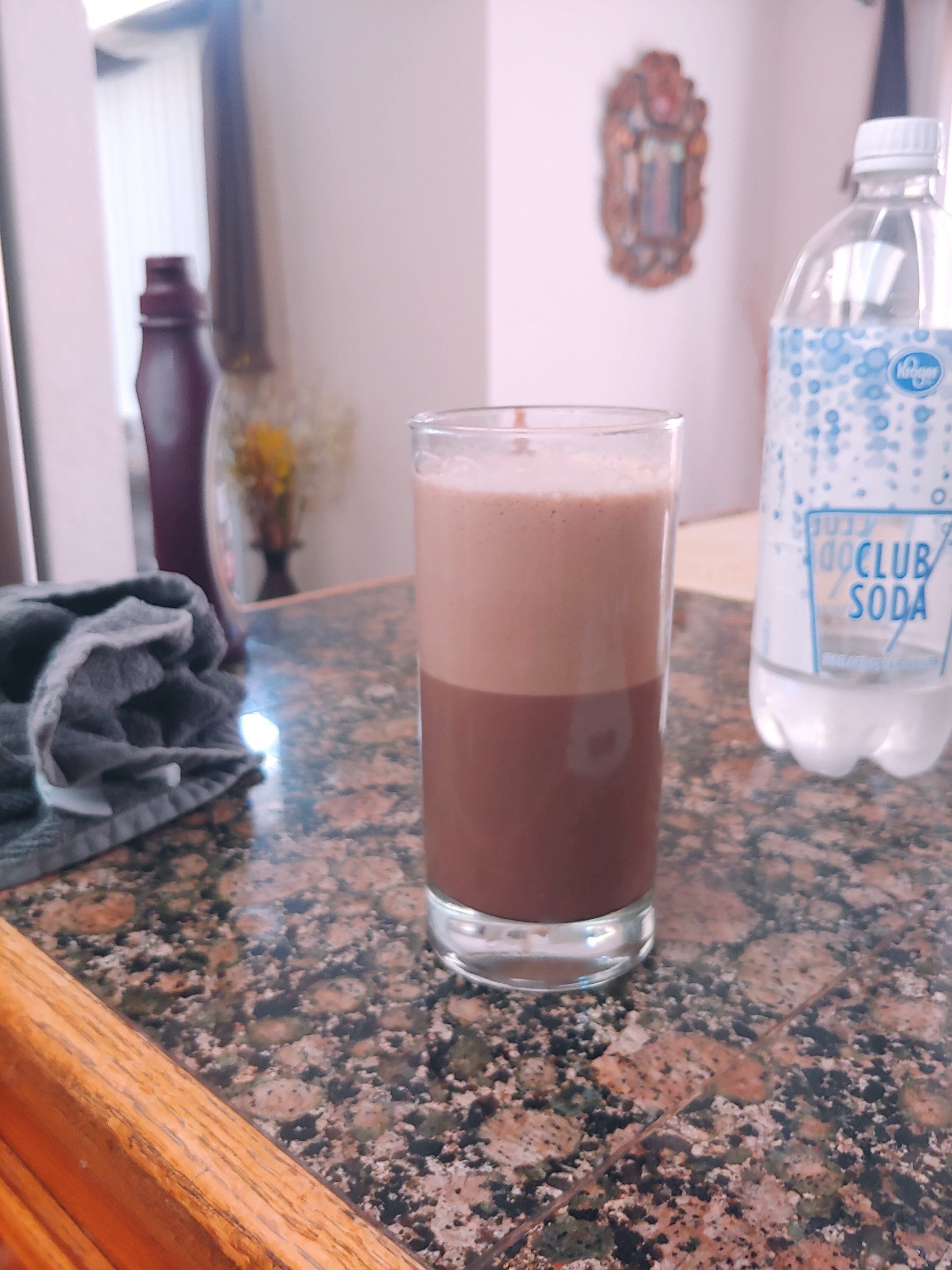